This classic potato salad recipe is perfect all year round. You can add any extra ingredient that you like and the homemade potato salad dressing is the best!

It may be pretty bold to claim, but saying this potato salad recipe is the best is a statement I’ll totally stand behind.

But this salad is the one that readers have made a top recipe here on the blog and definitely ranks as my personal childhood favorite.

How to Make the Best Potato Salad
This classic potato salad is the one I grew up on. It’s the recipe my Grandma Mary Jane originally made, then passed down my mom, aunts, and cousins, and me and my sister. It’s accompanied by burgers, grilled ribs, and every other favorite summer dinner recipe under the sun.

As favorite family recipes do, it’s a food memory none of us can, or want to, forget. It shows up at nearly every BBQ, picnic, or good old-fashioned supper soirée at my house, and it’s one I’m proud as punch to share when I go to other’s homes as well. And it’s trendy with readers who love it all year round, at Thanksgiving and Christmas too. Who knew? Looks like this recipe has found its Southern potato salad roots.

So now it’s your turn to give it a try. Here’s how to make the best potato salad ever. Let’s get started…

What’s In Potato Salad
I spent many a summer afternoon making and tasting this salad alongside my amazing mama, just like she did with hers. In fact, I’ve made it so many times I don’t even need the recipe. You know a recipe is that good when you know it by heart.

Here are the ingredients you’ll need for this classic potato salad:

What Type of Potato Is Best for Potato Salad
We use white potatoes, or Yukon Golds, in our family’s recipe. Because they have thinner skin, they’re easy to peel after boiling and taste creamier, a little sweeter, and hold their shape well after cooking. Avoid using starchier potatoes like russets that too quickly turn to mush in salads like this.

Also, remember to choose potatoes of the same size for the most consistent cooking.

How to Keep Potato Salad from Getting Watery
There are a couple of reasons potato salad can become runny. Here’s how to troubleshoot the problem.

Use the right potato. Yukon golds are our go-to and absorb the dressing well.
Be sure to add the dressing to cook potatoes before adding the creamy mayo dressing. Potatoes will sweat water as they cool, and that can contribute to watery potato salad.
And then, reader Vicki sent in an email with her suggestion to avoid watery potato salad:
“I asked a renowned chef what I was doing wrong, and he told me NEVER to salt the potatoes either during cooking or preparing the salad. The salt makes the potatoes seep water. Ever since I took his suggestion, I have never had a problem with watery salad. You can season the salad with salt, pepper, and other seasonings just before serving, and it won’t affect the potatoes once they have been mixed with the mayo. Just an FYI.”
How to Cook Potatoes for Potato Salad
One of the most significant potato salad controversies is, do you cut potatoes before boiling potato salad? My mom says no.

To cook the potatoes, add them to cold water and bring them to a boil and reduce to medium heat, rather than adding the potatoes to hot, boiling water. Boil the potatoes until fork-tender, and the skin just begins to crack about 20-25 minutes.

Another cooking method a reader suggests is steaming the potatoes in 1 inch of water for 30 minutes, which works too. Just be sure to watch you don’t boil your water away and burn the pan.

My Mom’s Secret Tips
Add vinegar to the warm potatoes. One of the biggest flavoring secrets to the success of this recipe is white vinegar. That’s why I add a few hearty splashes of white vinegar to the cooked potatoes gives the salad its secret and subtle flavor punch. To do so, add the vinegar while the potatoes are still warm, and allow them time to rest and absorb the vinegar’s zing while they cool.

My mom’s next key ingredient is Miracle Whip. As noted in the comments, there is much debate over using Miracle Whip or traditional mayonnaise. Even though I’m a mayo fan, I’ve found that MW adds a sweet, creamy flavor mayo just doesn’t have.
If you’re a mayo fan, by all means, make a move. But maybe, just maybe, give the old Whip a try.

The Flavorings
Always add eggsIt probably stems from my adoration of egg salad, so feel free to adapt to your own taste.

Everyone has an opinion on what to add and what not to add to potato salad. For our family recipe, chunks of celery and bites of green onion add the needed crunch to classic potato salads. I’ve added diced pickles before because everything tastes better.

Let’s talk celery seed. This is probably the only recipe besides a bloody mary (find my favorite bloody mary recipe here) that I use celery seed. It’s an integral part of the flavor profile, so don’t skip it.

Mustard adds the tang. In the realms of the mustard world, we don’t even dream about getting fancy schmancy with German browns, hearty seeded, or Frenchy dijon mustards. I save that for my German potato salad because just like on my hot dogs, plain old yellow mustard is the best.

Give this salad time. Allowing the potato salad flavors to meld is essential here. That’s why if I’m planning on eating the salad on the day I make it, I’ll prepare it at lunch so it can sit and build the flavors or make it a day ahead. Potato salad will stay right in the refrigerator for up to 3-4 days. If it doesn’t get eaten up before then.

Recipe Variations
Everyone has their favorite ingredients that make up a pasta salad. Just check out the comments below. Here are a few additions and variations you may be craving now.

Can you use mayo instead of Miracle Whip?. If you prefer to, go for it. Personally, the sweetness in Miracle Whip is what I have the most fondness for.
Try a half and half situation by subbing in half sour cream or Greek yogurt for any part of the mayo/Miracle Whip combo.
Try adding pickles. For more zing, adding diced sweet pickles, dill pickles, or pickle relish will give this salad another layer of flavor.
Chopped red onion or radishes will add a bit more heat.
Add bacon for an earthy bite (or just make my Baked Potato Salad with bacon, sour cream, and cheddar cheese instead.)
Instead of Yukon gold potatoes, try red potatoes instead and leave their jacket skins on for a more colorful potato look.
Recipes That Go With Potato Salad
How to Make the Best Grilled Salmon
The Best BBQ Chicken
The Best Garlic Burgers EVER
Bacon Double Cheddar Cheeseburger With Caramelized Onions
The Best Greek Chicken
If you make this recipe, please let me know!

3.88 from 869 votes
Print
My Grandma’s BEST Potato Salad Recipe
This easy, classic potato salad recipe is THE BEST! It was handed down from my grandma to my mom and then to me and includes their secret tips that make it the very best potato salad recipe every single time.

Instructions
Bring a large pot of cold water to a boil. Reduce the heat to a lightly rolling boil over medium heat. Cook for 20-25 minutes or until the potatoes are easily pierced with a fork or pairing knife. Drain and allow to cool until just able to handle.

Peel the skins from the potatoes and cut them into square pieces.
Transfer the warm potatoes to a large mixing bowl and sprinkle with the white vinegar.
Toss the potatoes with the vinegar and set the potatoes aside to cool for about 15-20 minutes.

Fold into the potato mixture and season with more salt and pepper to taste. Slice the last egg into thin slices and place the pieces on top of the salad. Sprinkle with paprika if desired. Chill for at least 1 hour or overnight before serving. 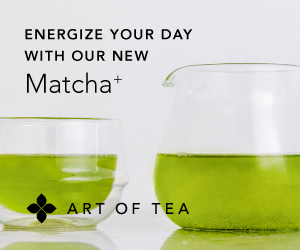 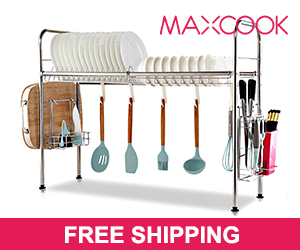 Login to Meals that better your mood

Enter the username or e-mail you used in your profile. A password reset link will be sent to you by email.